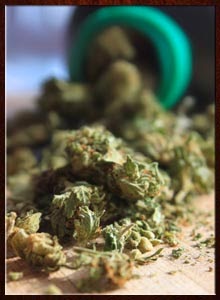 BRENTWOOD — A Londonderry man and his son, who are accused of running a marijuana grow operation in their home, are arguing that police did not have the right to search behind a locked door when they responded to a 911 call.

The Castigliones are arguing that a judge should throw out all evidence found during the search, claiming that it violates their constitutional rights, according to court records.

The father and son were indicted in separate cases, but Assistant County Attorney Terri Harrington has asked a judge to hold a single hearing to determine whether or not Londonderry police were legally justified in their search of the property.

Harrington said in court papers that the same witnesses would be providing the same testimony for both cases if the hearings were held separately. Defense lawyers representing the father and son have made near identical objections in the case, according to Harrington.

Londonderry police were called to the home by a 911 call made by Brandon Castiglione’s girlfriend, who reported that her boyfriend had “bitten” her and made statements that he could harm himself, according to prosecutors.

Harrington argued that police had a right to do a “protective sweep” of the house to ensure no one else in the home was in need of assistance.

Two officers decided to do a sweep of the home anyway. “Immediately upon entering the residence both officers noted a strong odor of marijuana,” Harrington said in a court motion.

The officers found two rooms were locked. Upon opening one locked bedroom, police found marijuana being stored in jars, according to prosecutors.

New Hampshire Defense Attorney Richard Monteith argued in court papers that police essentially searched the entire home before obtaining a search warrant under the auspices of looking for people inside the home.

“Apparently, the girlfriend was never asked who was in the house even though she was available at the Londonderry Police Department,” Monteith said in court papers. “Brandon Castiglione was asked if anyone else was in the house and he indicated that there was not.”

Defense lawyers have not yet indicated whether they object to having a single hearing on the matter.